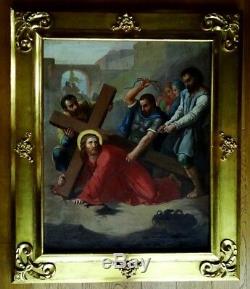 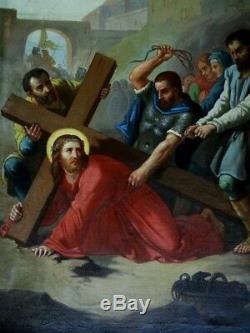 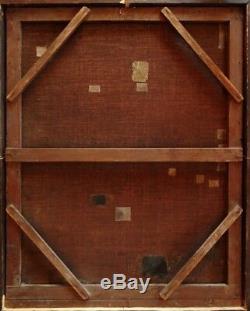 Simon of Cyrene helps Jesus carry his cross. According to the Gospels, on the way of the cross the legionaries found a named Simon, a native of Cyrene, and they requisitioned him to carry the cross.

Simon of Cyrene, called to carry the cross probably did not want it, as seems to show the expression of the character who, bowed to raise the cross, seems submissive looking at the legionnaire. In the background, the mother of Christ praying. In the foreground the tools used for crucifixion: pincers and hammer. Large oil on old canvas. Dimensions of the canvas 76 x 60 cm.

The item \The seller is \This item can be shipped to the following countries: America, Europe, Asia, Australia.