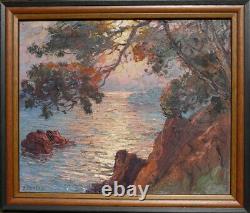 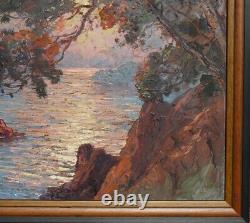 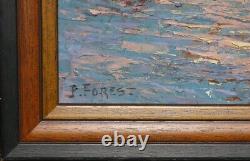 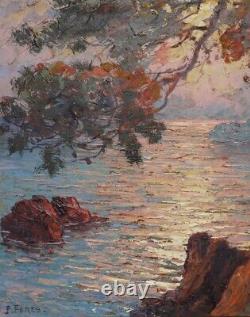 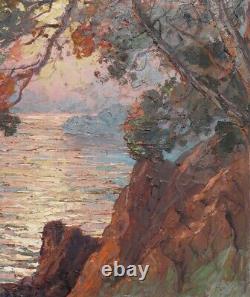 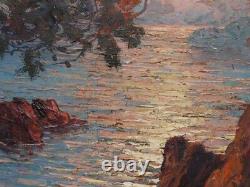 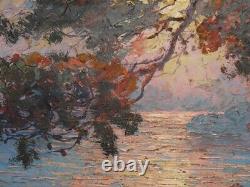 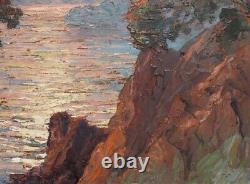 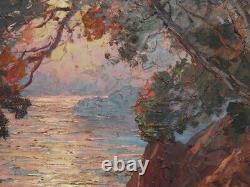 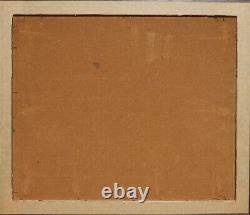 Pierre forest, born in 1881 in nice and died in Paris in 1971. Landscape painter of the azure coast. Flowers, pastellist of betting heavens.

Nephew of the Lyon engraver forest fleury, he exhibited at the terrise gallery, Boulevard Haussman in 1923, then from 1924 to 1929 at the reitlinger gallery, rue la boétie, he exhibited from 1931 to 1943 at the salon of independents in Paris of which he was a member. He exhibits in South America, Switzerland and Morocco. A retrospective exhibition of his work was presented by the city of Nice in 1981. There are two major periods in his career.

The painter of nice flowers, landscapes of the coast dazur painted with a knife in a barbizon-in Provence style, in full paste, orientalist painting. The painter of the betting skies. In contact with the dîle-de-france landscapes, he a alleviated his bright colours and began to use pastel, of which he became a specialist. He then gave his works a melancholy tone. Size of the work: 46 x 38 cm. Frame dimensions: 53 x 45 cm.

Shipping all destinations in secure packaging. The item \"old painting on isorel marine stone forest 1881-1971 landscape cote d'azur\" has been on sale since Saturday, February 27, 2021. It is in the category \"art, antiques-art of the xxe, contemporary-paintings\". The seller is \"anticdesign89\" and is located in auxerre. This item can be shipped to the following countries: America, Europe, Asia, Australia.